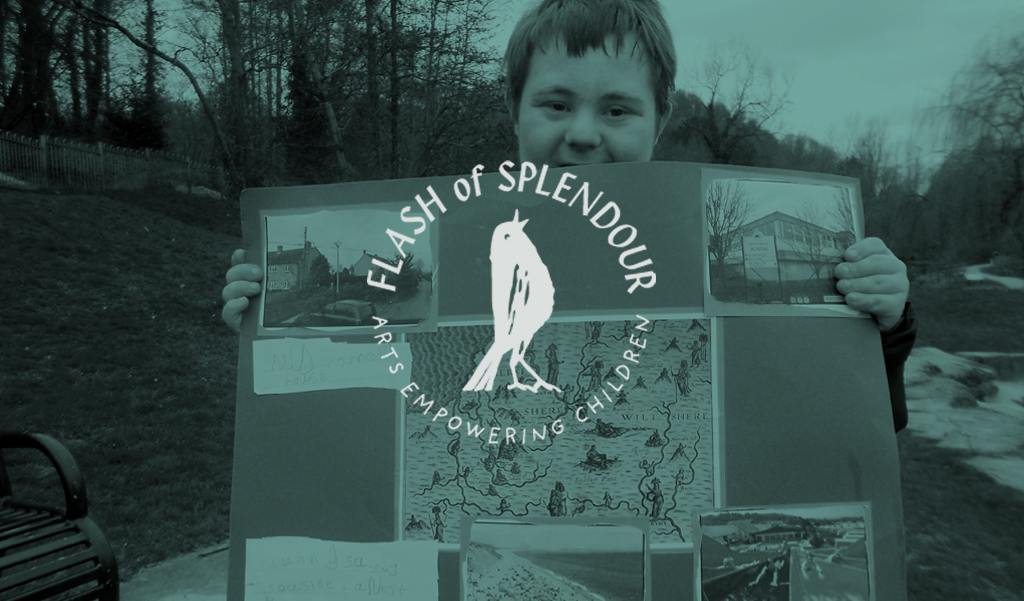 “It ranks among the finest inclusive heritage projects I have seen.” Simon Timms, Heritage Lottery Fund

“The Children's Poly-Olbion, easily the most important academic project on the planet.” John Armstrong, poet

From 2013 to 2015, we created and delivered the Children’s Poly-Olbion project, a paragidm-shifting collaboration in educational outreach, joint funded by the Arts and Humanities Research Council and the Heritage Lottery Fund, between Flash of Splendour, the Royal Geographical Society and the University of Exeter.
Rolled out within Special Educational schools across the UK, working with hundreds of children with disabilities ranging from cerebral palsy to severe autism, the project introduced children to Michael Drayton’s (1563-1631) vast topographical poem of Britain, Poly-Olbion (1612; 1622), and its accompanying maps by William Hole. Drayton was a close associate of Shakespeare and Ben Jonson, and his Poly-Olbion crystallizes early modern ideas of nationalism, history and memory. As such, the project offers more than access to a poetic study of the land, but a way for disabled children to strengthen and assert their own sense of identity and topographical belonging. In this way, it revolutionizes the possibilities of university outreach, not only allowing research insights to trickle down, but to cause significant and positive social change.

The children’s artistic and literary reimagining of Drayton’s Jacobean landscapes, including a series of portraits and maps, were showcased, alongside 17th-century material and a newly commissioned work by cutting-edge London cartographic artist Stephen Walter, at the Royal Geographical Society in London in a month-long exhibition from 9 September 2015. The exhibition then toured to Cecil Sharp House in Primrose Rose and Exeter University. For further information, see the dedicated project website here
Powered by